At the core of Java performance lies Java Virtual Machine, or JVM for short.

The JVM has two main functions: to allow Java programs to run on any operating system or device (according to the well-known “write once, run anywhere” principle), and to optimize and actively manage program memory. 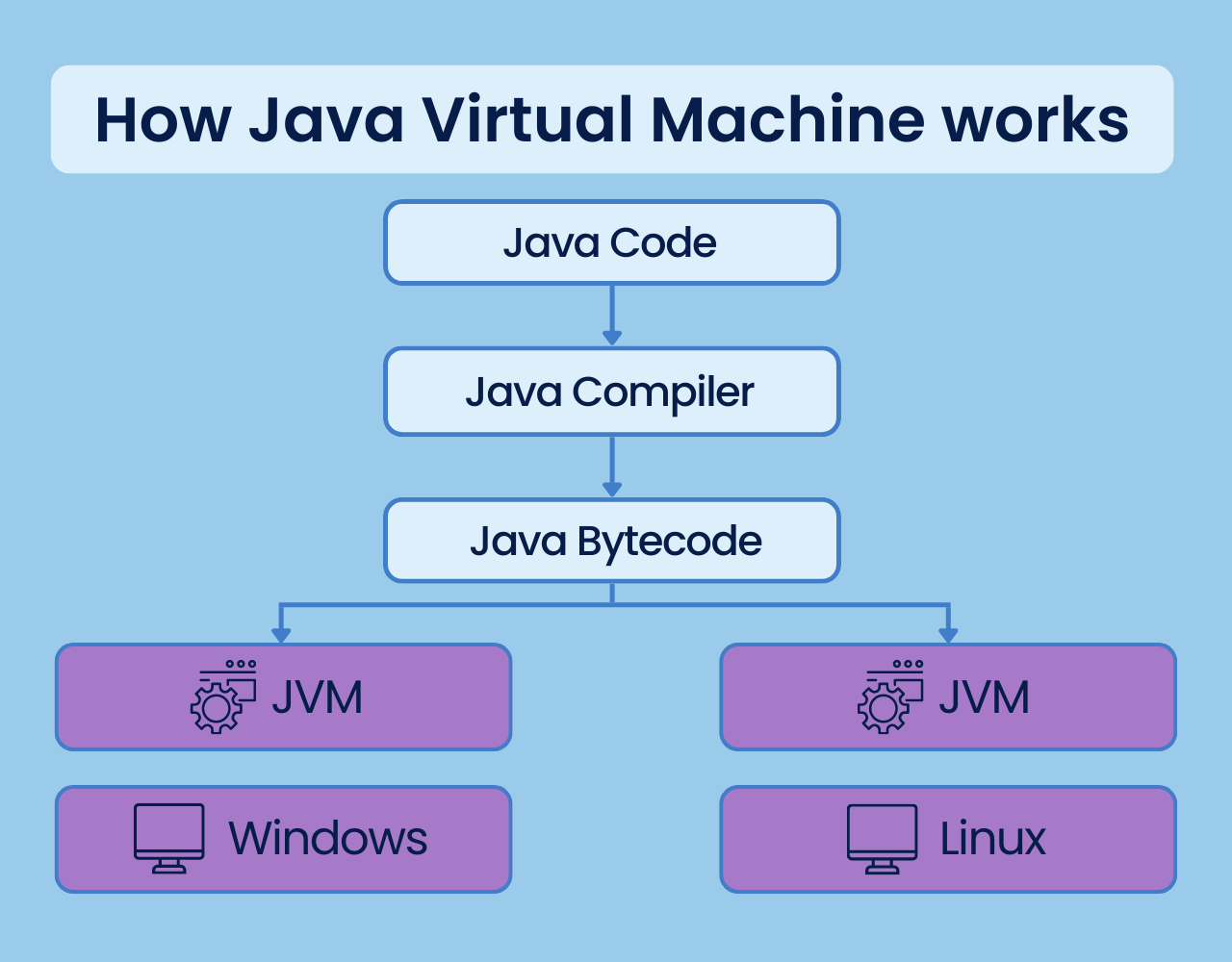 We can differentiate between two definitions of JVM, a causal and more technical one:

There are a lot of elements that go into JVM, and each of them has a profound influence on the software performance. We can distinguish three distinct components of JVM that has an effect on performance and which developers can tweak:

JVM is a key tool for enabling true Java performance. An experienced developer can fine-tune Java Virtual Machine by adjusting its default parameters to better match application’s needs. This process can include adjusting the size of the heap, and choosing the right garbage collector.

As a general rule of thumb, when tuning a JVM you should first focus on the memory usage requirements, then on latency, and finally, on application throughput.

Read also: How is Java Used in Software Development: The Ultimate Guide

What makes Java a perfect language for high-performance systems

Ok, so we’ve established that JVM is a key tool for enabling Java performance. What about other aspects, characteristics, and functionalities that make Java a perfect programming language for building high-performance software applications?

Programming languages can generally be either compiled (C, C++, Haskell, Erlang or Rust) or interpreted (PHP, Python Ruby, and JavaScript).

Java is, in that respect, a sort of jack-of-all-trades, as it combines the power of Compiled Languages with the remarkable flexibility of Interpreted Languages.

As we’ve already mentioned before when describing Java Virtual Machines, the Java compiler (javac) compiles the java source code into the bytecode, which is then executable on all machines with JVM.

This diagram better visualizes this process:

Java Virtual Machine can be installed on virtually all available operating systems, from Windows, to Mac and Linux. Platform-Independence allows for compiling and executing code on any machine and ensuring the same results.

Bytecode is in this case the key to achieving full platform independence.

It is also worth explaining what Bytecode really is since we’ve already mentioned it a couple of times in this article.

Java Bytecode is simply a program that contains instructions for JVMs. It works similarly to an assembler, which is a representation of C++ code. In itself, it is a code in a binary format that consists of constants, references, and numeric codes which are readable and executable by the machine’s hardware.

Here is a diagram explaining how Java Bytecode allows for Platform Independence: 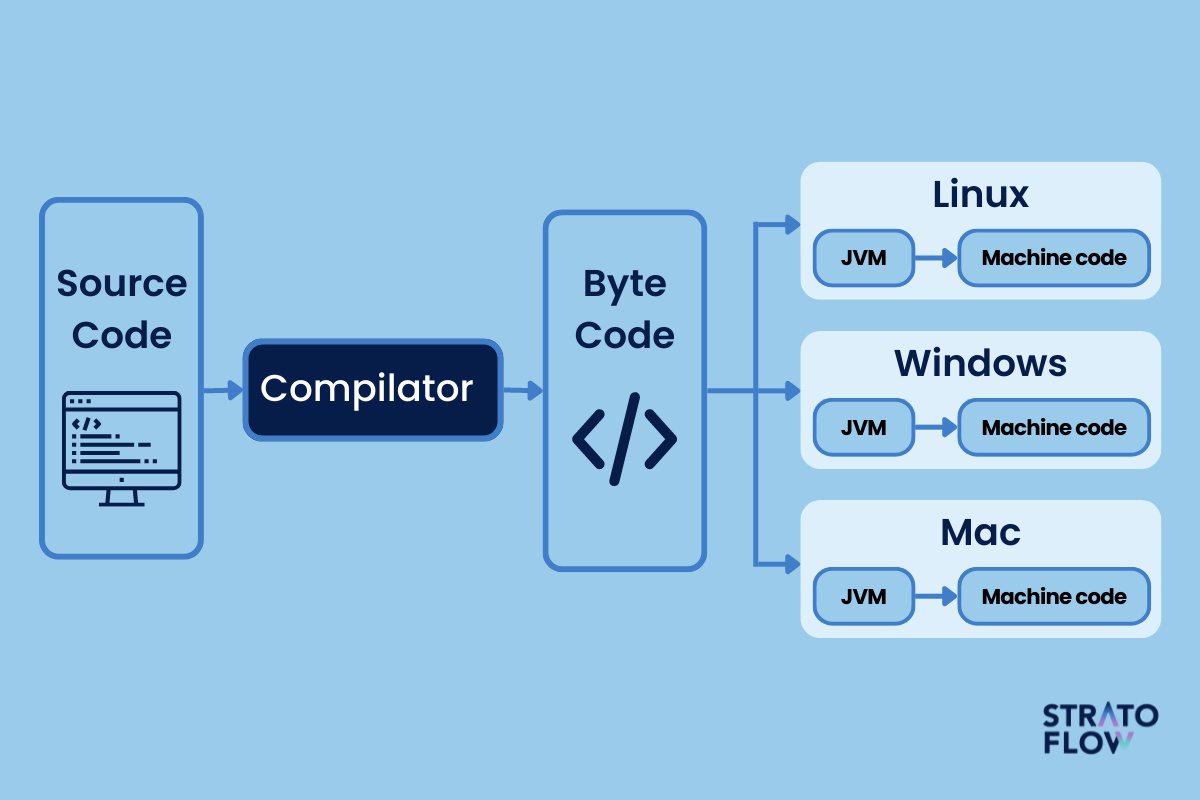 And speaking of compiling, here’s where Java has another ace up its sleeve – the Just-In-Time compiler.

The way of converting Bytecode to native machine language for execution has a huge impact on its speed of it. JIT compiler interact with the Java Virtual Machine (JVM) and turns Java Bytecode sequences into native machine code.

The important thing is that the JIT compiler compiles code on-demand basis. That means that it compiles only a method that is being called. This greatly improves overall efficiency and saves time.

While using a JIT compiler, the computer hardware is able to execute the native code directly, as compared to having the JVM interpret the same sequence of Bytecode time after time. If compiled methods are executed quite frequently, this can lead to substantial performance gains.

What’s more, the JIT compiler is also able to perform a lot of simple optimizations while compiling to native machine language. Some of these optimizations include data analysis, translation from stack operations to register operations, reduction of memory accesses by register allocation, and elimination of common sub-expressions.

Java is a technology capable of multithreading at a language level.

Generally, multithreading is preferred because the CPU threads use a shared memory area, which helps with memory conservation and allows for slightly faster content-switching. 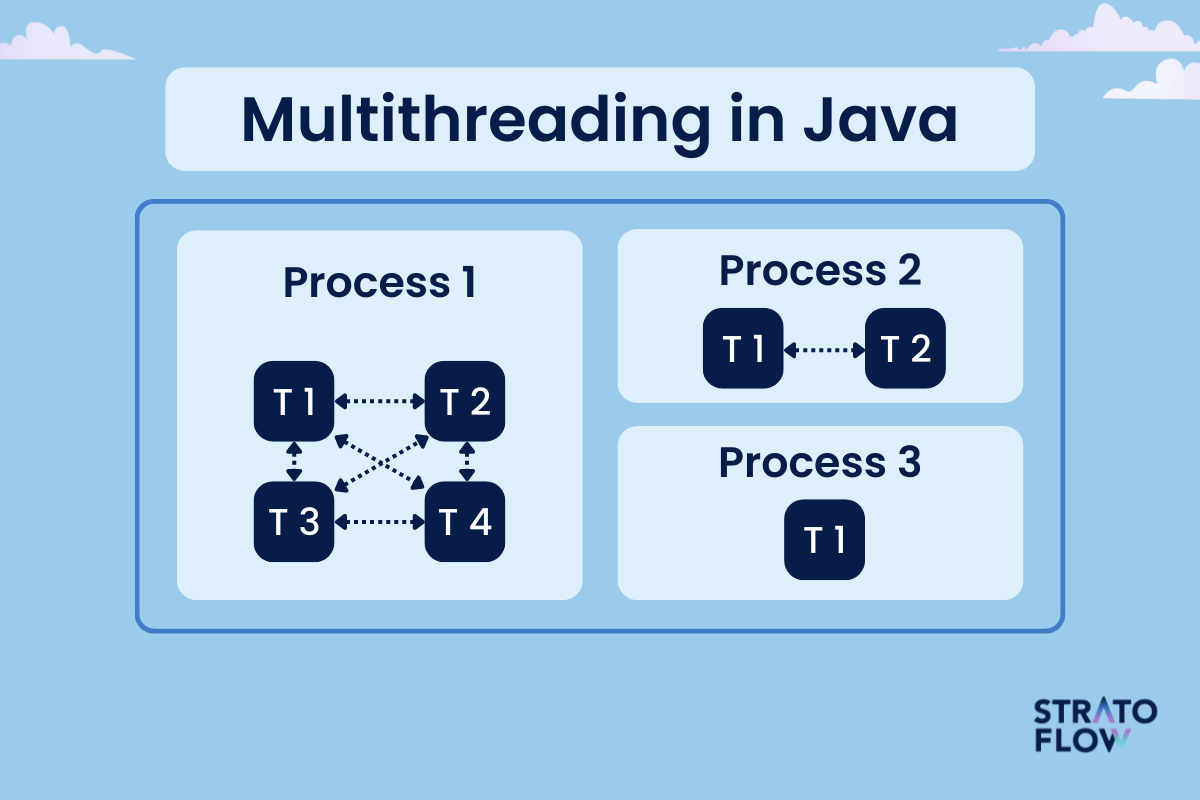 Last but not least, we have to cover the Java garbage collection.

In a nutshell, it is the process by which Java programs perform automatic memory management. When Java programs run on the JVM, objects are created on the heap but eventually, some of them will no longer be needed.

The garbage collector automatically detects these unused objects and deletes them, freeing up valuable memory resources in the process.

There are three phases of performing the garbage collection process in Java:

An object is eligible for Garbage Collection (GC) if it is unreachable.

We can distinguish four main ways of making a Java object eligible for garbage collection.

Requesting JVM to run Garbage Collection can be set up in two main ways:

[Read also: Guide to Java Profilers: Which Performance Monitoring Tool Is the Best?]

Java enabled high-performance software development as no other programming language does.

All developers should make sure that the Java program that they are working on is performing to its full capabilities, and properly leveraging all tools that this fantastic programming language has to offer.

We are Stratoflow, a custom software development company. We firmly believe that effective communication is key in delivering complex software projects. That is why we provide our clients with the support of highly specialized, dedicated teams. This allows us to create high-performance Java applications and programs capable of processing vast amounts of data in a short time. As a result, the solutions designed for our customers contribute to their business development. We specialize in travel, ecommerce, and fintech industries. Let’s get in touch!