You have been building software since 2006. How has the IT industry changed over the last 16 years from your point of view?

From the technological standpoint, some solutions, software architectures and frameworks have already appeared and gone out of fashion . The ergonomics of work in IT environments has definitely increased. Compared to what I saw 16 years ago or even in college, a lot of software development processes and tools have been created and stabilized, which really makes the work easier.

The more interesting aspect, however, seems to me that the role of the IT industry has grown significantly all over the world, both in the economy and in society. People have transferred a lot of aspects of life into digital reality, which continues to inspire and challenge the IT industry.
What has also shifted is the way the IT industry is perceived by the people from outside the industry.

The recognition and understanding of the impact of IT on the environment has increased. There has even been a growing awareness that the term IT itself encompasses a lot of professions and a wife variety of roles. A once-common misconception that a programmer, analyst, database manager or administrator are the same thing, is no longer valid. Or that every IT employee can repair a printer or TV, because there is electronics and some software there. It’s nice to have to explain these differences less and less. 😉

With your current knowledge and experience, what would you do as a novice programmer?

Don’t get too attached to one technology, much less a programming language. It is very easy to find various discussions and disputes on the Internet about the superiority of A over B and vice versa. In practice, any design can be ruined even in the best language or technology. More important, in my opinion, is how we use it in a given project so that day-to-day work is not frustrating.

Often times, even from a mundane and dull project you can learn something, something can be improved and, as a result, you can show your good side to others. Has it happened to you to propose some innovations in the project or some improvement and hear the critical voices of old experts? Don’t get put off by the ‘experienced old vs innovative young’ conflict. Yes, the old and seasoned programmers have already broken a lot of keyboards on other projects, have burned repeatedly and can show stiff resistance. Such an attitude is often justified, so listen to their arguments.

However, sooner or later there will be an area where they will (or should) give way, because no one is able to follow all the news and be always up to date. A novice programmer is usually a young programmer. Make it an asset, because as I mentioned above, the “old guys” often simply do not keep up to date with news due to lack of time, because of, you know, family obligations or other engagements, etc.

What do you think is the best way to start a career as a developer?

Of course, it is not enough just to be interested in computers or even be technically good or scientifically-minded. I know a lot of technically educated people with extensive experience as a network administrator or administrator, who have tried programming, but ultimately do something else.

A science education may not be necessary, but in practice I have found it to be very helpful. At least at high school level, it is important not to neglect science subjects such as maths and physics. I do not know how it is now with computer science, because I have not dealt with teaching computer science in education for 20 years, but at least then its contribution was negligible. I know a few programmers who have not graduated in programming or even computer science, and yet even if not permanently, they work part-time as programmers. For me it’s important to just try a little programming. It is worth checking whether, even at a beginner level, solving a problem or task will bring satisfaction.

On the other hand, you cannot limit yourself to the knowledge acquired during studies, because it is probably still the case that working in the IT industry and the university is a clash of two realities.

Follow up reading: How to Be a Good Developer: 20 Practical Tips From Our Senior Programmers

Programming is a bit like building – you use the same tools and skills for each project, but you build different structures. Sometimes you work on the construction of a summer house, sometimes a railway bridge, and other times a shopping mall or a skyscraper. Each project is completely different and unique. It’s similar in programming. Each project may be different in terms of business, specific technology selection and the requirements of the target customer. All this makes you feel a breath of fresh air and arouse curiosity even after 15 years of work.

Yes, it happens that someone, as a programmer in a corporation, can work on one product for up to 10 years and has the right to be terribly bored with it. But it depends on the person – many do not mind the routine. I do, but that’s when I can either change my project or change my employer and still, as a Java developer, I will be doing something completely different.

The second aspect that makes me enjoy this job even after over 16 years is the satisfaction with solving the problem. Of course, the appetite grows with eating, so what satisfied me 15 years ago at the beginning of my career is not such a challenge now. But I guess there will always be something to solve that you haven’t tried yet.

Find out what it’s like to work with us. Read an interview with Stratoflow’s CTO.

What’s the best escape from coding for you?

I won’t be too original if I say it is a hobby. However, not necessarily the farther from computers or technology in general, the better. I am interested in amateur photography and traveling. It gives you both the opportunity to work on your artistic abilities and the thrill of something unknown. 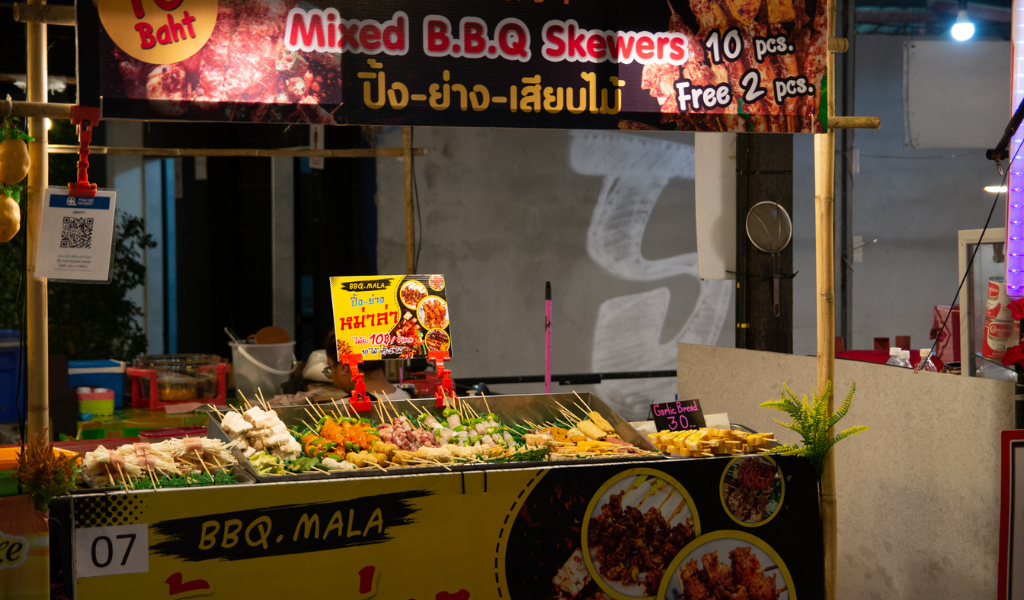 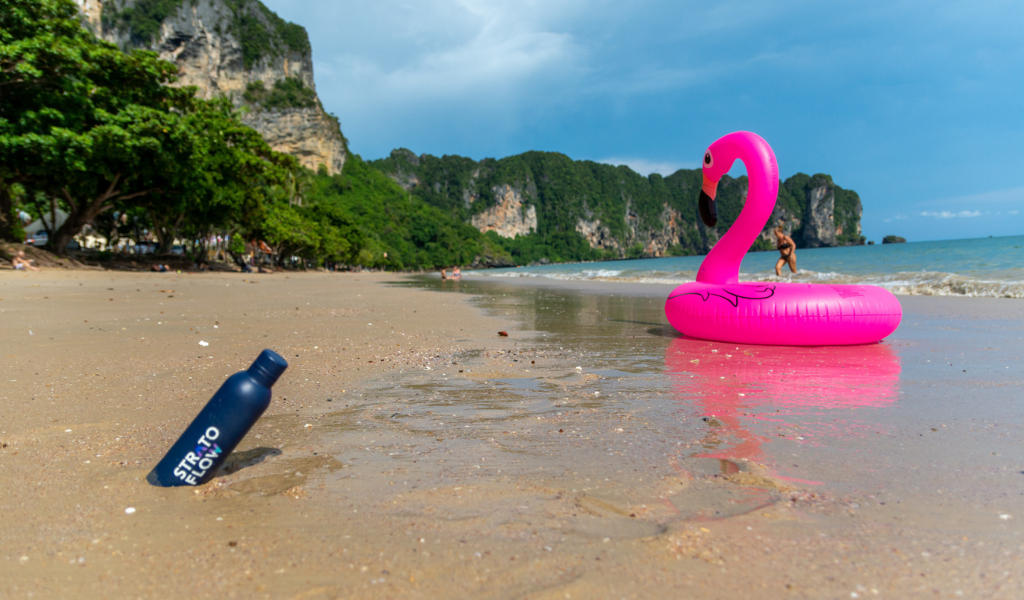 What was your biggest fuckup/challenge, and what are you most proud of about the projects you have worked on?

Although I do not know how this project ended, probably the biggest challenge was the project of implementing new software for digital TV receivers at a foreign supplier. And not even on a technological level, but rather on an organizational level. Teams too scattered in terms of locations and subcontractors required much better coordination or a different roadmap.

And was I particularly proud of any project? I guess it depends on the success criterion. One project in some respects, another in others. But if, for example, the scale of implementation is taken as a criterion, it may be the co-creation of a system for monitoring and controlling refrigerated containers on ships and international port terminals. Maybe the orange I eat was in a container like this? 🙂

There is a perception in the industry that Java is becoming a thing of the past. What do you think about it? Is it worth continuing to build Java applications?

I would be very careful with that assessment. Yes, there are many new Java-based programming languages, but Java is not just the language itself (although I personally think that it belongs to the group of easy ones). Java is a certain technological basis, a whole ecosystem of tools and processes. The Java ecosystem is a multitude of many widely available APIs, frameworks, and security standards. Pretty good backwards compatibility, too. All this guarantees to business or decision-makers in general that choosing Java as a technology is a safe choice to business or decision-makers when determining the architecture of a solution.

Read also: Are Java Developers in Demand in 2022?

How do you find Java different from other programming languages?

I think I even answered in part in the previous question. Java, even if in some respects “worse” than other languages, because it is more difficult than Python, or not as efficient as C / C ++ when it comes to numerical computation, maintains a pretty good balance between learning disability, performance, and portability. It won’t be an exaggeration to say that Java has been around for 30 years and has built a huge community. And thus, it offers a lot of ready-made tutorials, support from other programmers and a huge amount of publications and books. This is another advantage of this technology that you should keep in mind when choosing your path as a developer.

Recommendation corner – what are your proven sources of knowledge about new technologies and software development ? What books, forums, portals, newsletters or events do you recommend to people who are looking for valuable industry content?

More inspiring conversations with Stratoflow people are coming soon. In the meantime, we encourage you to read our conversation with Michalina, who talked about her career path as a Business Analyst. Get to know us better with #stratostory!

We are currently looking for new people to join our team of Java Developers. Apply here!

What does it mean to work at Stratoflow?

What do we do on a daily basis?

We develop advanced IT systems in Java that process large volumes of data. See our case studies.